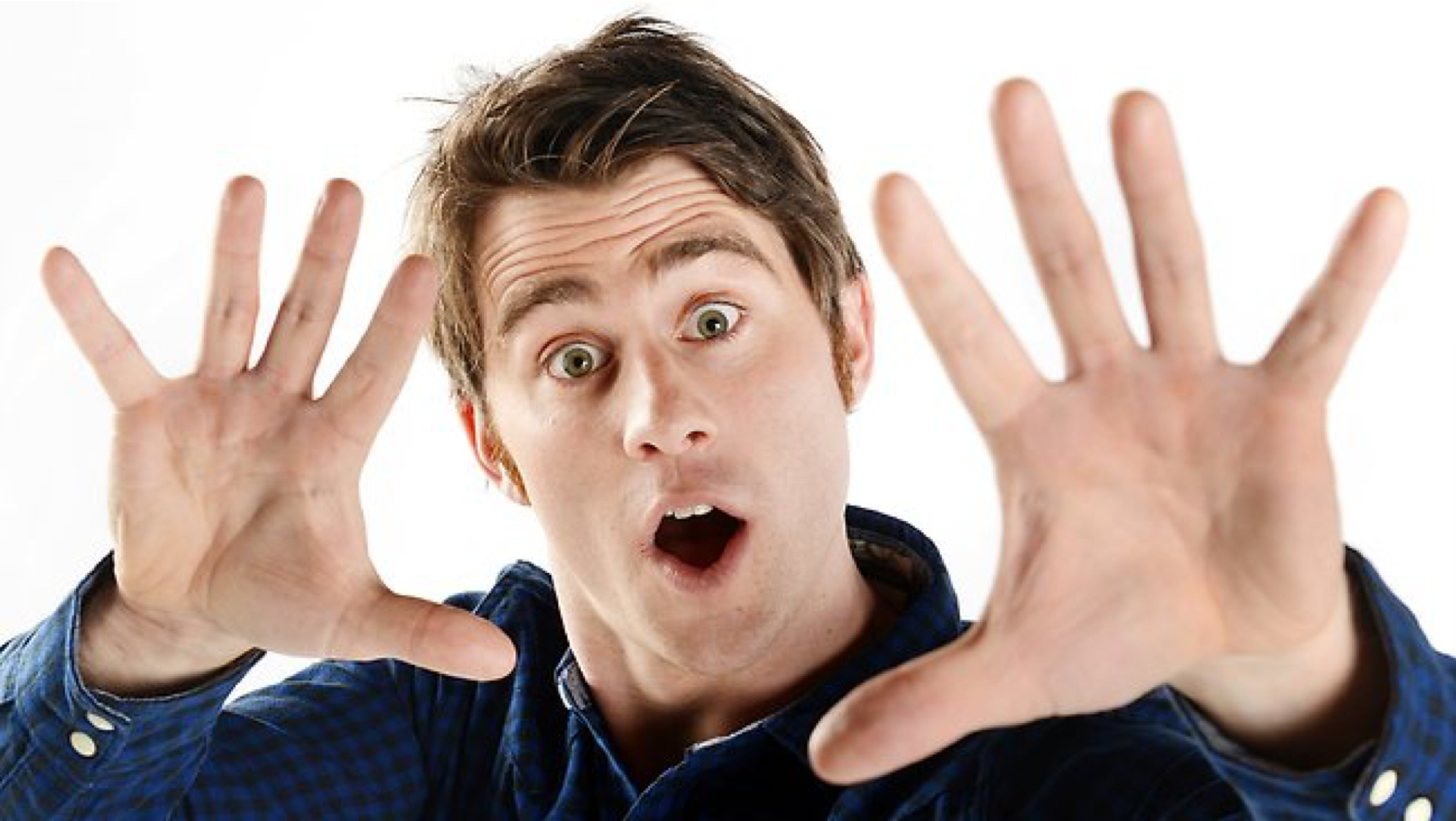 (Father of 3 and Children’s Entertainer)

Jimmy Rees was studying Media Arts and looking to a career on stage when the opportunity came to audition for a new pre-school program on the ABC, Australia’s national broadcaster. The program was called Giggle & Hoot and the rest, as they say is history. Jimmy Rees became Jimmy Giggle, the face of the ABC for a new generation. Since the debut of Giggle & Hoot on December 4th 2009, Jimmy and his best mate ‘Hoot’ have become household names around the nation.

Within a short while a Giggle & Hoot live show ‘Giggle & Hoot & Friends” was developed, and the original run played to 51 sold out audiences around the country, including 34 shows at Hamer Hall in Melbourne and eight shows at The Sydney Opera House. The shows continue to delight crowds around Australia. In 2015 Jimmy Giggle and the team toured their first Christmas Show, Jimmy’s Christmas Party, promoting the album of the same name. Co-produced by Jimmy, the album featured duets with the likes of Tina Arena, Justine Clarke, David Campbell, Deborah Mailman and Fifi Box.

In 2014 Jimmy starred alongside Magda Szubanksi and Kyle Sandilands in Bonnie Lythgoe’s production of Snow White at The State Theatre, the first of three musicals Jimmy would star in. In 2016, Jimmy again worked with Bonnie Lythgoe Productions to create Cinderella, starring alongside Gina Liano and Tim Maddren from Hi-Five and then in 2019 he starred alongside Peter Rowsthorn and Lucy Durack in Sleeping Beauty.

In 2018 Jimmy starred in the Channel Ten reboot of Dancing With The Stars where although he was touted as a favourite to make the finale, was forced to leave due to personal circumstances.

During 2020 Jimmy has found himself to be one of the most successful Australian celebrities on the platform Tiktok, where his hilarious and easily identifiable posts are keeping millions of people around the world entertained. With his affable charm and quick wit, it is hardly surprising that his videos, more often than not focused on his home life with three young children, have firmly cemented themselves into the social media landscape. 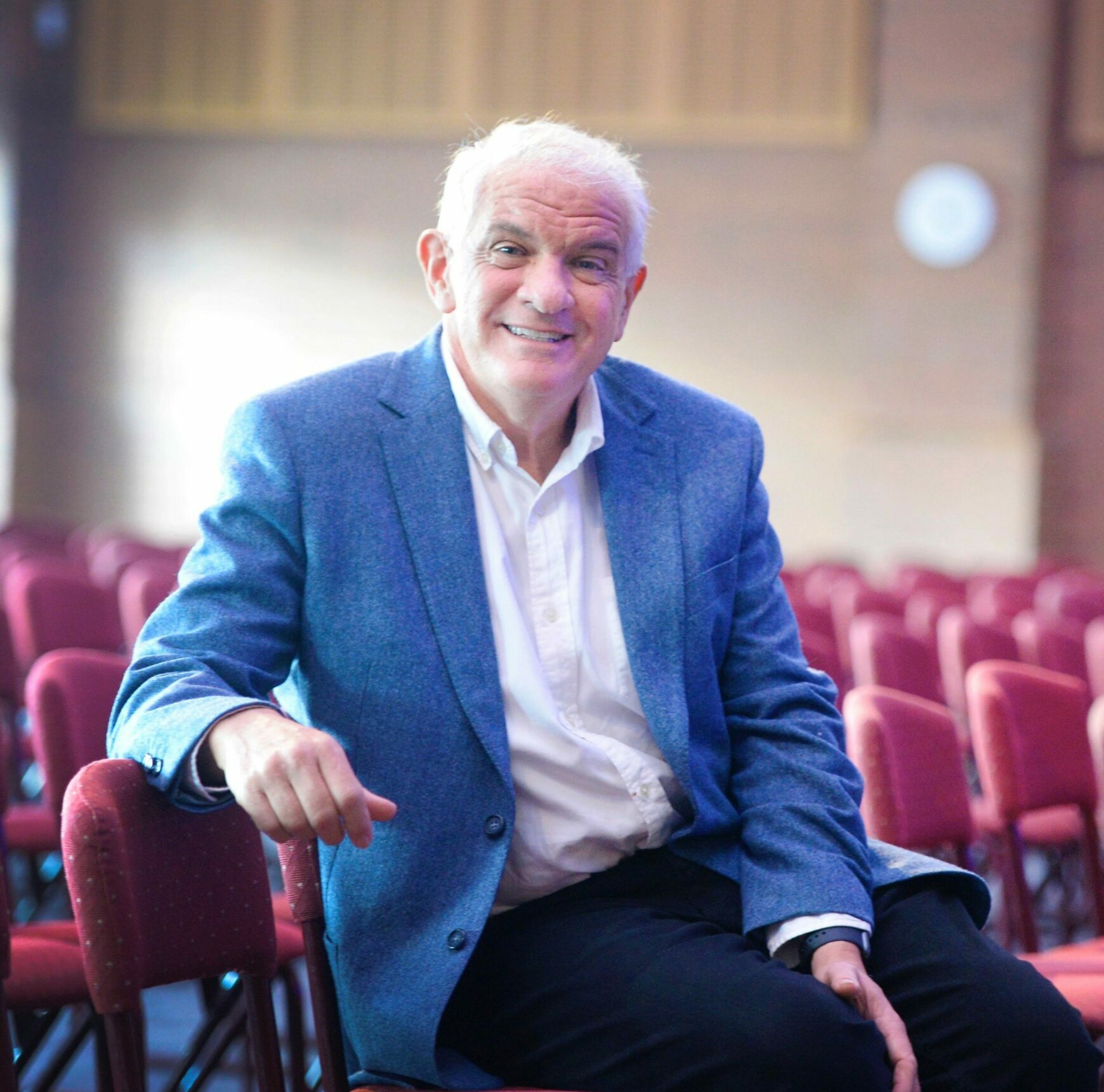 Dr Michael Carr-Gregg is one of Australia’s highest profile child and adolescent psychologists. He wrote his PhD at the University of NSW on Adolescents with Cancer and named and founded CanTeen more than 30 years ago with a group of young cancer patients. He headed up the Coalition Against Tobacco Advertising and Promotion in NZ, was the inaugural Director of the New Zealand Drug Foundation and worked as an Associate Professor at the Centre for Adolescent Health and Managing Director of the Young and Well Cooperative Research Centre. He has held positions on the Board of CanTeen, the Australian Psychological Society, the Alannah and Madeline Foundation and is currently the Federal Government’s representative on the Board of the Australian Children’s Television Foundation. He is the Patron of Read the Play, author of 14 books resident and for the last 14 years has been the parenting expert on Channel 7’s Sunrise, as well as a social commentator on the Morning Show with Neil Mitchell on Radio 3AW. 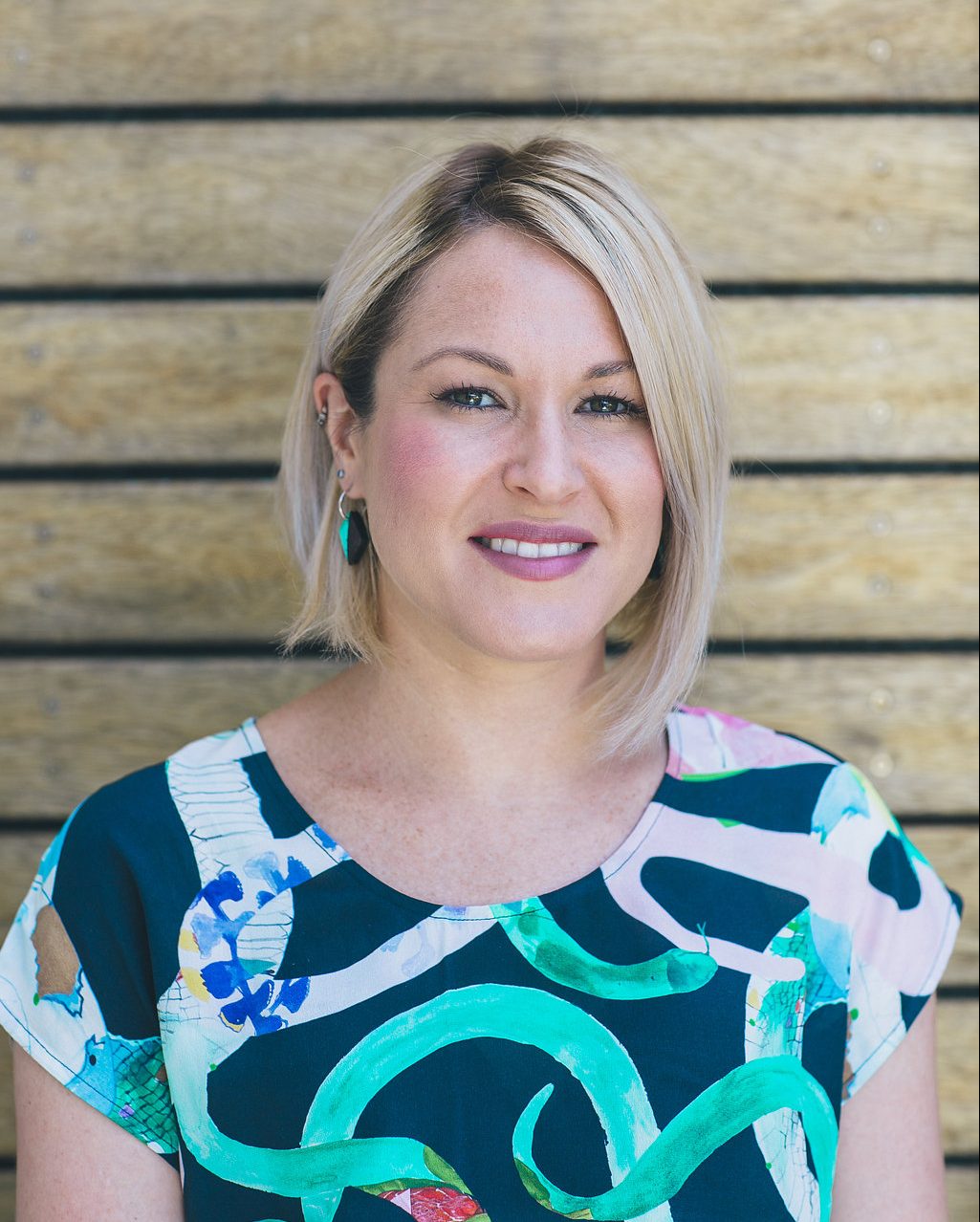 (Psychologist and creator of The Parents Village)

Kirsty Levin is a Psychologist with a special interest in perinatal mental health and parenthood transition. Her career over the last 20 years has spanned across the corporate and public sectors, and now in private practice at The Parents Village. The birth of Kirsty’s first child in 2012 planted the seed for a shift in direction as she struggled to adjust to new parenthood and juggle her demanding career.

Her professional experience and observation of countless others who felt unsupported, unprepared and overwhelmed, fuelled her passion for supporting expectant and new parents during the perinatal period. And in 2016 Kirsty established The Parents Village with co-founder and Clinical Social Worker – Lana Sussman. Kirsty now works with expectant couples and parents at all stages, coaching and counselling them through their personal and professional changes and challenges as they adjust to parenthood. For more information visit The Parents Village website via the link below. 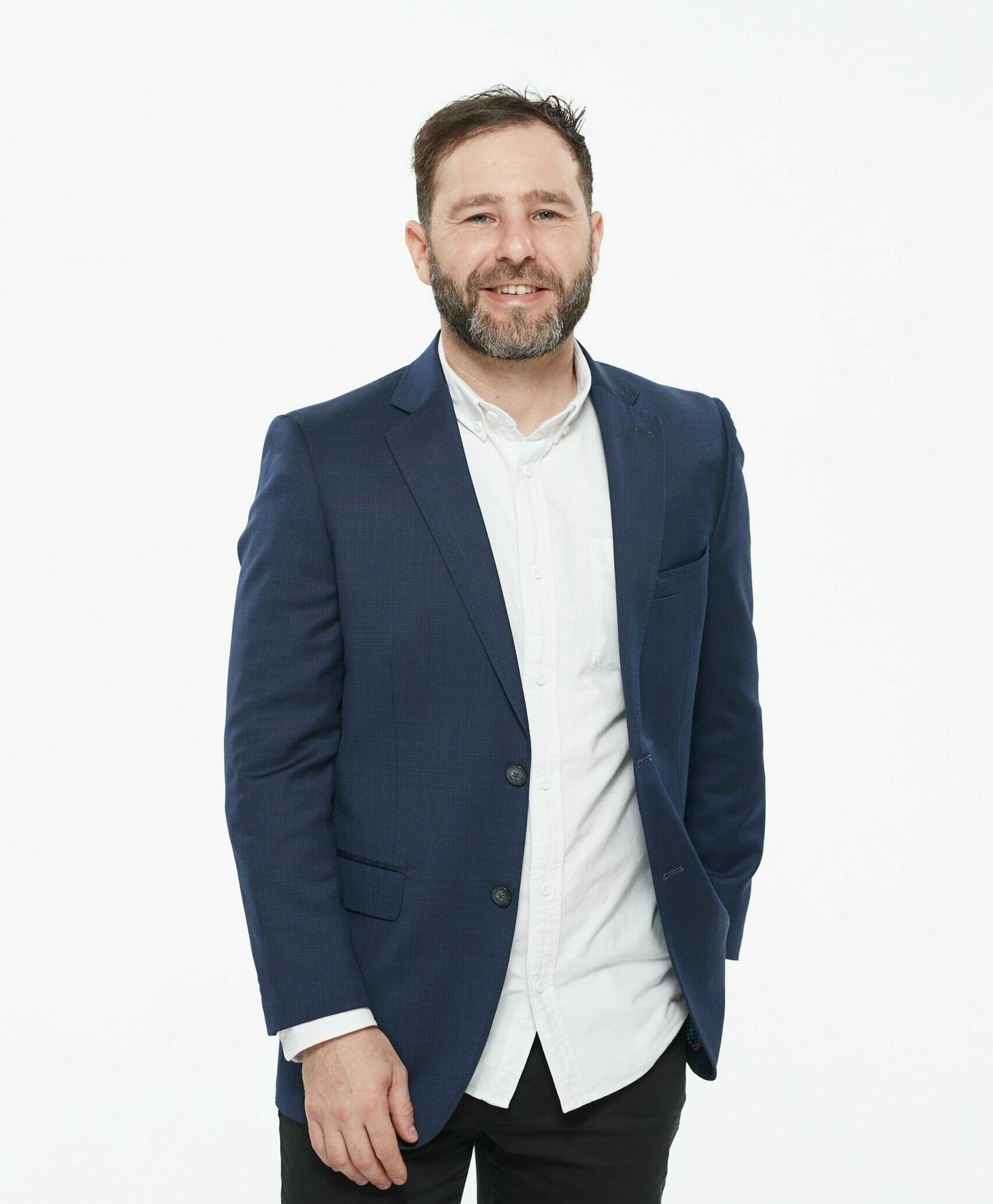 In 2008 whilst living in Bangkok, Jeremy saw every parents worst nightmare, children falling sick from something in their food, made by people and companies they thought they could trust.

At that time, Jeremy was in Asia already working in the food industry. He had many great friends there, who all desperately wanted the peace of mind that their food was high quality and importantly, safe. Jeremy returned to Australia and built the finest state-of-the-art, TGA approved facility for baby formula. With an absolute focus on safety and a passion for better health standards, Jeremy created Nutura to deliver high quality, innovative nutrition.

Since co-founding Nutura, Jeremy has been actively involved in all aspects of the business; from sales, marketing & product development to logistics & regulatory. He has a keen interest and ambition to work with more complicated food products with a greater focus on nutrition.

Outside of the manufacturing industry, Jeremy managed one of Victoria’s most successful supported employment program for people with a Disability. He is a strong believer in forging strong community partnerships and the value they can deliver to both the community and the business. 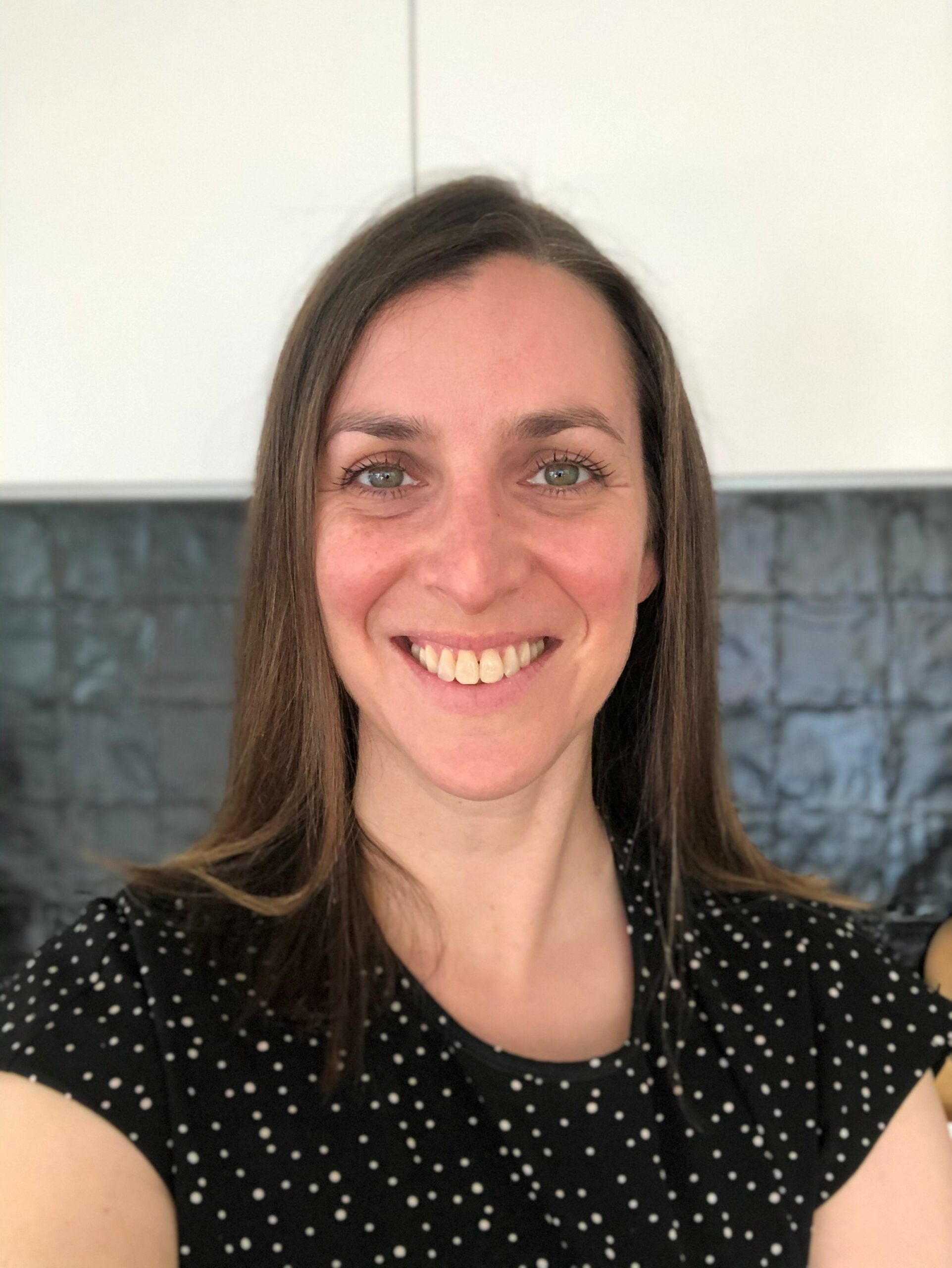 Miriam Raleigh has local and international experience working with children of all ages.

She undertook her Bachelor of Nutrition and Dietetics at Monash University and completed a certificate in Paediatric Dietetics at the Royal Children’s Hospital.

During her time at the Royal Children’s Hospital in Melbourne, Miriam looked after the nutritional needs of children with Type 1 Diabetes, Renal Disease, Orthopaedic issues and those with Developmental Delay.

While in the UK, Miriam worked at Great Ormond Street Hospital where she looked after the nutritional needs of neonates, children following gastrointestinal surgery, as well as children with varying gastrointestinal complaints. Since returning to Melbourne, Miriam has been working in Private Practice. 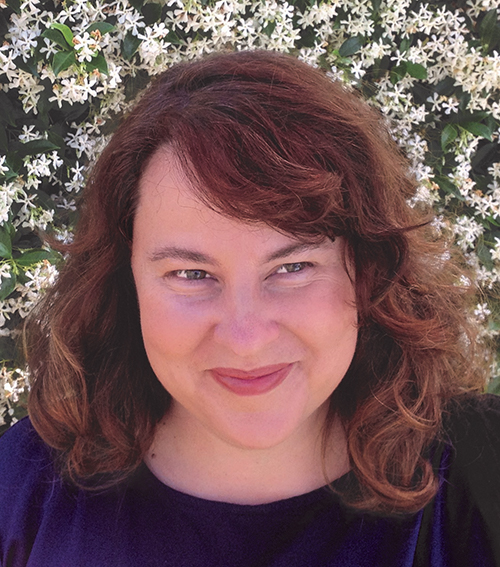 Cheryl Orsini is a Sydney based children’s book illustrator. She has illustrated over 50 books including Unicorn!, Mermaid! and Dragon! (Affirm Press), Lucy’s Book (Lothian Books/Hachette Australia), The Fairy Dancers (Harper Collins Children’s Books/ABC Books) and Caravan Fran (Lothian Books/Hachette Australia). Her work regularly appears in magazines and exhibitions, exterior design and illustrations for Russ the Story Bus at The Sydney Writers’ Festival and her mural ‘Give Peas A Chance’ has taken pride of place at Sydney’s iconic Bondi Beach. Cheryl was delighted to create the warm and whimsical illustrations for Nutura. As a mother, Cheryl faced challenges in feeding her own baby and was grateful to have the inclusion of baby formula to help her child thrive.