Do Parents Need To Ask Permission To Change A Nappy? Here’s a Psychologist’s View 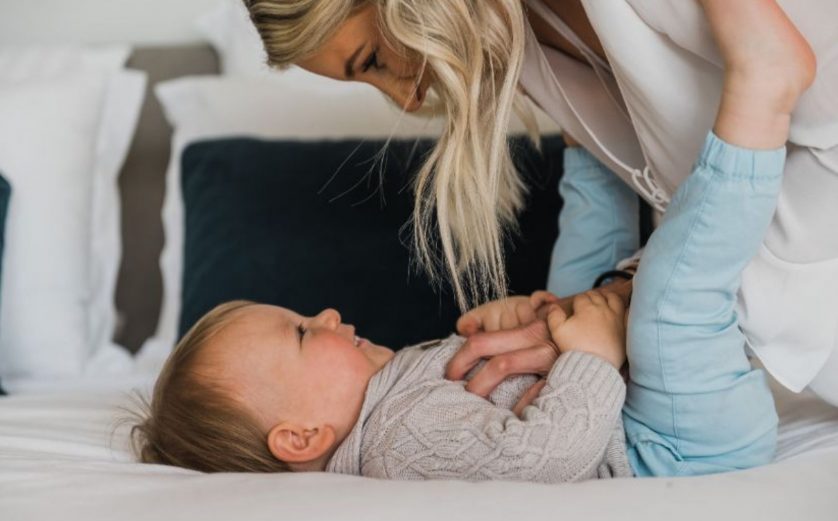 Parents have received a lot of advice over the years and not all of it has stood the test of time, for example, in the 19th century, British mothers were told ‘not to worry’ while breastfeeding because it would ruin the milk. The book featuring this advice — 1878’s Don’ts for Mothers — added that breast feeders should keep their minds “calm and unruffled” and avoid crowded rooms. The book also advised not to let your kids “play the flute, blow the bugle, or play any other wind instrument” because it could injure their lungs and windpipe.

Parents still receive lots of advice around raising 2021 almost all of it – undoubtedly well intentioned. A few weeks ago, as parents across the nation were enduring various stages of lockdown – many woke to the news that an Australian childcare chain had suggested parents should ask permission before changing their toddlers’ nappies to ensure “respectful” changes.

The childcare organisation “Only About Children” operates over 70 centres across Sydney, Melbourne and Brisbane and service over 8,000 families and employ over 2,000 workers. The advice had a mixed reception and not all of it positive. Author and breastfeeding expert Pinky McKay said most parents treated their babies with basic respect and said such an approach could lead to some “walking on eggshells”.

The advice from “Only About Children” was not new and echoed views previously expressed by sexuality educator and CEO of Body Safety Australia – Deanne Carson, who 4 years ago told ABC News that families could set up “a culture of consent” in their homes by asking newborns: “I’m going to change your nappy now, is that OK?” In April this year, a Chicago mother who operates under the handle @once.upon.a.mama shared her parenting advice on Tik Tok how to teach her baby about consent from the earliest days of infancy.

So can a baby respond to such a question? Most children will understand and follow simple directions between 12 and 15 months of age. By the age of two, they should be able to understand more complicated sentences. By 24 months, they will also be putting two words together. By as early as 14 months, children become adept at reading social cues, they’ll pick up on our body language and speed of movement, in other words newborns will respond to a parent’s tone and touch but they do not have the cognitive capacity to comprehend such a complex issue as consent.

By the time they turn 1, most babies know about 50 words. Simple nouns that refer to objects or people, such as cat and mama, are usually the first words they learn. This is followed within the next several months by a few verbs, like hug and kiss, and an emerging understanding of the way words work together in sentences.

I imagine that the people who run ‘Only About Children” are passionate about caring for children and keen to give their parents evidence-based skills, knowledge and strategies. Unfortunately, their focus on asking for consent to change a nappy – resulted in snorts of derision and the important point around sharing good feelings between baby and parent was lost. The facts are that toddlers do sense our mood, know when we are rushing or distracted, and it can make them tense and resistant.

It is desirable to have a soothing chat or a sing-along with your baby during a nappy change, and there is nothing wrong with letting the baby know what we are doing, but the idea of not changing a nappy unless in receipt of an enthusiastic yes is odd. But leaving a space, waiting for body language and making eye contact, is absolutely a way to let them know that their response matters.

So maybe the 1878’s advice that breast feeders should keep their minds “calm and unruffled” wasn’t so off target. Calm and unruffled would work well for babies having their nappies changed as well.