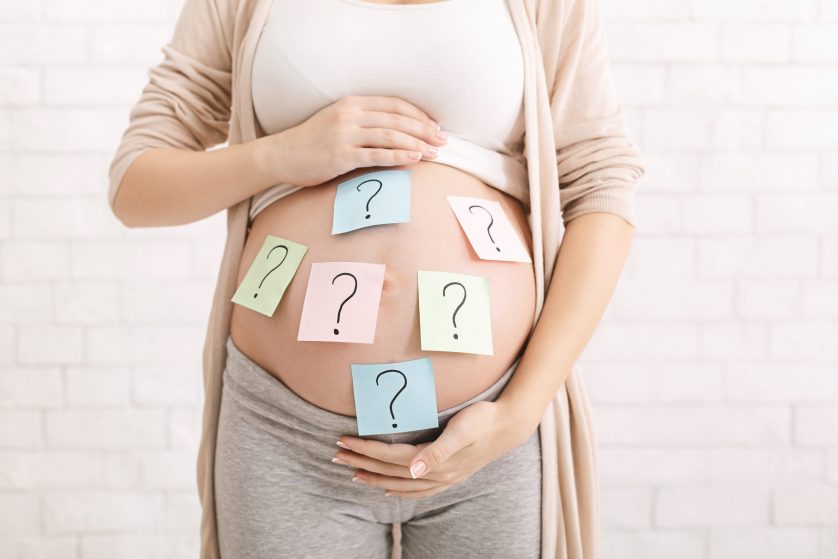 Did you know that 64% of soon-to-be parents in Australia choose to find out the sex of the baby before they’re born?

The reasons for both waiting and finding out ahead of time vary dramatically from couple to couple. Some new parents follow tradition, some don’t want to get too attached, and some want to find a semblance of control.

No matter what you choose, there’s no harm in gender guessing! Old wives’ tales are superstitious folk cures or urban legends that have been passed down over the years. You can use them as a fun way to guess the sex of your baby.

It’s worth noting that these methods don’t replace a visit to the doctor’s office and are for entertainment purposes only. However, they can be both fascinating and fun, and sometimes they might have a kernel of truth to them.

If you want to learn all the traditional ways to tell the sex of your unborn baby, read on!

You’ve probably had some weird cravings and aversions since finding out you’re pregnant. Pregnant women often eat everything from pickle sandwiches to ice cream with hot sauce! In addition, certain smells and tastes that never used to bother you might have you rushing to the bathroom.

Science tells us that pregnancy cravings are signs that your body is looking for specific nutrients. The old wives’ have a thing or two to say about that.

Do you find yourself craving sweets or orange juice? Superstition says that your baby might be a girl. Likewise, if most of your cravings are salty or protein-rich foods like meat and cheese, it’s a boy.

In addition, check your reaction to garlic. If you can eat a lot of garlic but don’t end up smelling like it, legend says your baby is a girl.

Another common superstition is that if you have severe nausea and morning sickness, it’s more likely that you’re having a girl.

However, we’d take this one with a pinch of salt. Morning sickness targets almost all pregnant women, regardless of the baby’s gender, so don’t use this one as a basis for picking your baby’s name!

If you’re carrying quite low, your belly is round, or most of the weight is towards the front, it’s said to be a boy.

Meanwhile, if the weight of your belly is evenly distributed across your midsection or if your pregnancy bump is high, having a girl is more likely. In addition, if you start showing early, it’s said that you’re having a girl.

The ring test is said to be an accurate gender reveal guessing game.

Other variations use a threaded needle for this test.

There are a few small bodily changes that are said to indicate the sex of your baby. If your legs start getting hairier than normal, it’s said that you’re likely to be growing a boy!

In addition, if your nose widens over the course of the pregnancy, this is another sign of a baby boy. If your hair starts getting a red colour to it or you notice red highlights, your baby might just be a girl.

If you’re expecting a girl, it’s said that you’ll sleep well. The better your sleep, the more likely it is to be a girl.

There’s an old wives’ tale that if you’re pregnant with a girl, you’ll have more female hormones in your body. This is said to bring in more mood swings and will make you more irritable.

So, if you find yourself set off by the little things, legend says that you’re having a girl!

Some pregnant women have a linea negra, a dark line that travels down the midline of the stomach. It’s related to the pigment that causes some areas of your skin to darken and occurs in 75% of pregnancies. However, the length of it is said to predict your baby’s gender.

Using the moon as a predictor for the female cycle dates back to the Babylonians, who used to say that women were only fertile during certain phases of the moon.

More modern wives’ tales say that a woman’s highest fertility is during the moon phase during which she was born. For example, if you were born during a new moon, you’d be most fertile during the new moon.

So, if you’re open to doing a bit of astrological calculation, it’s said the moon’s position is one way how to guess a baby’s gender. If the moon was going through one of the male signs when your baby was conceived, it is likely to be a boy. Meanwhile, if it was travelling through the female signs, your baby is said to likely be a girl.

The male signs are all the fire and air signs:

The female signs are the earth and water signs:

Checking where the moon was when your baby was conceived can tell you what gender they might be.

Interestingly, some studies reinforce that having a male baby is more likely if conception occurs within a day of the full moon. In addition, if you’re due to go into labour during the full moon, it’s said to be more likely to be a boy.

Take the Legends With a Grain of Salt

While it can be fun to use these tales to guess your baby’s gender, take them with a grain of salt. Almost all of them have no foundation in science, and some of them are downright mean.

Some legends say that if you find yourself breaking out more or looking tired, it’s because you’re having a girl and your baby is stealing your youth and beauty. This myth is both shallow and intended to shame mums-to-be.

Pregnancy is taxing, difficult, and saps both your time and your energy. Of course expecting mothers look tired, and don’t have as much time to put themselves together! It’s nothing to be ashamed of, and your baby daughter is not stealing your beauty.

Other myths involve mixing equal parts of your urine and baking soda to detect the gender of your baby. It’s said that if the mixture bubble or fizzes, it’s a boy. If nothing happens, it’s a girl.

It’s also said that looking at a mouse while pregnant will give your baby a hairy birthmark. Other legends say that taking a bath will drown your baby, or raising your arms during pregnancy will wrap the cord around their neck. Before believing everything you hear and keeping your arms pinned to your sides for nine months, check in with some experts for peace of mind and accurate information.

So, while old wives’ tales about pregnancy can be fun, try not to take them too seriously. The only way to know your baby’s gender for sure is with a certified ultrasound technician or waiting until they come out to join your family.

Try Out These Old Wives’ Tales for Yourself

Although their accuracy is dubious, old wives’ tales can be fun to explore and test out for yourself. See which ones are accurate, and which ones aren’t, but don’t worry too much about the results! They’re just a fun way to keep traditions alive and pass the time.

However, one traditional saying is still true today: it takes a village to raise a child. For practical advice and guidance for new parents, check out Nutura Village. Our experts can help you learn how to raise a happy and healthy child.