Wonder Weeks and Growth Spurts: How to Spot Them and Survive Them 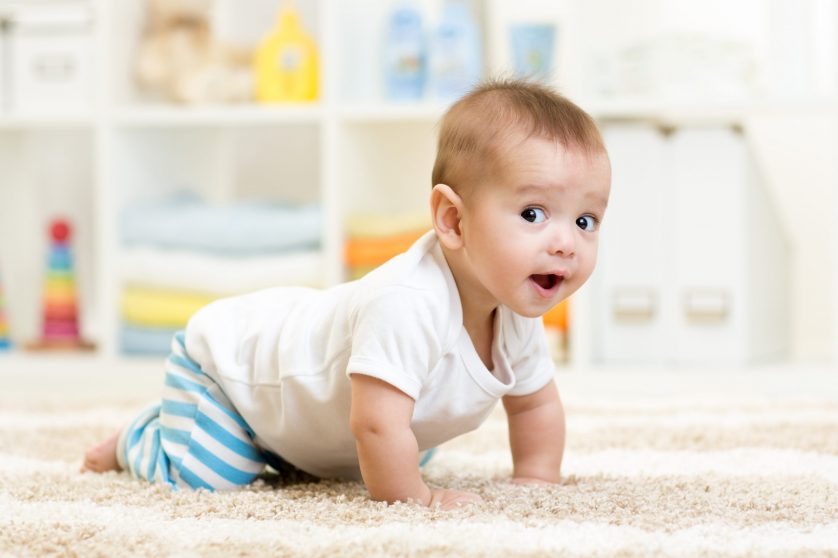 Did you know that growth spurts can begin as early as the first year of your child’s life? Wonder weeks also occur very early in a child’s life and can be important milestones. However, if you’re a new parent, the concept of growth spurts and wonder weeks can be very foreign to you.

If you want to know what you should expect in your child’s early growth stages, you’ve clicked on the right blog. By knowing more about childhood growth and mental development, you can better know how to take care of your child and better understand what kind of nurturing and stimulation he or she needs.

We’ll start with a concept that most people have heard of but few people understand: growth spurts.

What Is a Growth Spurt?

A growth spurt, as the name suggests, is a period where a child grows a large amount in a short period of time. Growth spurts can last as long as a few weeks to a few days, but while they’re happening, they can feel like they’re lasting forever.

Several growth spurts occur during your baby’s first year of life. During every spurt, you may find that your baby is more irritable than usual. This is most likely because your baby is hungrier than normal and wants to nurse more frequently.

During growth spurts, your baby’s sleep patterns may also change. Your child may also be fussy for no apparent reason. So, how many growth spurts will your child have during their first year of life and how will you be able to survive them?

Growth Spurts in the First Year of Your Child’s Life

Growth spurts occurring in your child’s first year can be especially frustrating because you can’t talk to your child to ask what’s wrong. Instead, you can rely on this childhood development guide to help you through it.

While every baby has growth spurts at unique times, being familiar with a baseline won’t hurt. Most babies have their first growth spurt as early as one to three weeks of age. After this, they may have another spurt at six weeks, then three months, then six months, and finally at nine months.

Some babies may skip some of these spurts, or growth during these periods may be unnoticeable. In other cases, your baby may seem like they’ve doubled in size. In most cases, even if your child is developing a bit slowly, development should still be following a normal course.

However, if your child stops eating for any reason or starts to lose weight, this may be cause for concern. If this happens, it’s best to consult with your doctor for advice.

One of the most common signs that your little one is going through a growth spurt is changes in their feeding behaviour. During growth spurts, a child’s body is burning up a lot of energy as their body grows and develops. To replenish this energy, your child may seem constantly hungry during a spurt.

For example, after feeding your baby, they may still be hungry and want to feed again only a short time later. Another major sign of a growth spurt is changes in sleep patterns, as mentioned before. These changes may include your child waking up from naps earlier than usual or, on the other hand, taking especially long naps.

While these sleep pattern changes may be exhausting for you, they are very beneficial to the growth of your child. Sleep gives your baby’s body time to rest and grow for an uninterrupted period of time. Prepare yourself, however, since these changes in feeding and sleeping patterns can often contribute to your child’s irritability.

When dealing with growth spurts, it’s important to remember to remain calm and patient. If your baby is hungrier than usual, then be sure to feed him or her more frequently. If the child is fussy, try different techniques to calm him or her down.

Remember that growth spurts don’t last forever and that you and your child will power through them. As your child grows older and has more growth spurts, you will better be able to communicate with your child and help to alleviate any discomfort. With time, dealing with growth spurts will only get easier.

However, how do wonder weeks differ from growth spurts and what should you expect?

What Are Wonder Weeks?

Wonder weeks are not as well known as growth spurts most likely because they have a more modern history. In fact, the term originated from a 1992 book titled “Wonder Weeks.” The book covered topics surrounding the mental and physical development of human infants and what parents can do to make sure that their children thrive.

This is important to keep in mind because, of course, as your baby ages, they are not simply growing in size but in mind as well. In the first year of life alone your baby’s mind will be constantly busy analysing, memorizing, and refining new information as they are exposed to the world around them. The skills they are learning will also snowball over time.

For example, as babies learn to crawl, their crawling will eventually turn into walking. On the other hand, as your child learns the letters of the alphabet, these letters will soon turn into full sentences that your child will learn to read.

As with growth spurts, babies can become fussy during wonder weeks and there are a few tricks for how to deal with them. Wonder weeks also occur at certain periods as growth spurts do. It is important to remember that wonder weeks do not occur at the same time with all children.

Some children will make early leaps and bounds in their mental and physical development while others may need some time. It’s always essential to have patience while your child is taking these early developmental steps.

With the progression of each wonder week, you will find that your child is gaining new skills and becoming increasingly intelligent. They may start babbling, they may start trying to stand on their own, and so on. While some wonder weeks may be unnoticeable, with others, you may be shocked at how much your child has already learned.

However, instead of being hungrier than usual, some children will lose their appetite and become focused on things other than food. Some children may start daydreaming and become more focused on certain objects, people, and events in the world around them.

Children may also start developing patterns of thumb sucking and fidgeting. Some children may become socially withdrawn while others become especially social and communicative. Some may also refuse your helpful behaviour such as trying to change their nappy while others may start to cling to you more than before.

After a wonder week, you have something to look forward to: a sunny week. A sunny week often occurs just as a wonder week ends and often entails your child being much happier than before. This also means that their sleeping and feeding patterns will improve and they will start to show off the new skills they have been developing.

It’s much easier to deal with your child during sunny weeks than wonder weeks. However, it’s important to remember to always be loving and patient with your child no matter what kind of week it is.

Now that you know all about growth spurts and wonder weeks, you know how to help your child through these developmental phases. You also know what to expect during and after these phases.

For more parenting tips and information, check out our Village here.

This article is designed to provide general advice for parents and guardians, for specific health advice, please consult with your child’s healthcare practitioner.